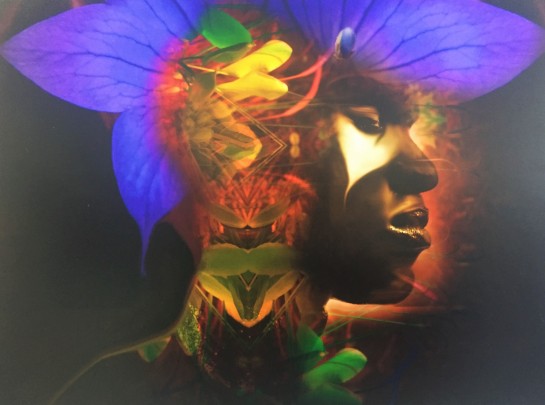 Once More Art Mirrors the Angst and Hopes of a People

From its inception modern artists have responded to developments in society and technology. European art, from the sculptures of ancient Greeks and Romans to the paintings of the Renaissance sought to produce realistic images of mythological figures or actual life.

Often these works centered on the concerns of their wealthy and powerful patrons, which is why we have so many portraits of aristocrats. Hence the role of the artist was primarily as documentarian. But with the invention of photography, the artist was no longer needed in that role, because the camera could it faster, cheaper, and with complete accuracy.

Hence the artist had to seek ways of expressing their ideas that transcended realism. African Sculptures, which were increasingly on display in European museums – especially the Louvre in Paris, where a group of gifted artists had congregated – offered a new direction. Inspired by religious rituals, this was an art that sought to capture the spirit of things rather than realistic portrayals.

The European artist’s encounter with this art inspired the Cubism of Picasso, the Surrealism of Salvador Dali, and the impressionist movement. The descent of European civilization – which was viewed as the highest achievement of humankind – into barbarism during World War I inspired both the Jazz Age in Paris and Berlin, and the emergence of the Dadaist movement spawned in the Café Voltaire in Zurich Switzerland.

All these artistic developments reflected the angst created among European artists and intellectuals due to the Great War. Which resulted in their rejection of hierarchy and the systems of order they imposed, which they believed were causes of the war. The product of this angst was an art of chance and improvisation.

When I read the comments of Diana Sinclair, the 17year old curator of the pathbreaking cryptoart exhibition, “Digital Diaspora: Liberating Black Creativity,” I felt that I was hearing the desperate cry of black youth in the dawning decades of the 21 Century.  In an interview given to the London Guardian, 6/16/21, she recalls crying when she heard Joe Biden had defeated Donald Trump in the 2020 presidential election:

“The past four years felt so horrible. I think it all crashed down on me at that moment…It scared me to think that [the hatred] could continue on for four more years … You saw it online in the comments, even in my own town… I was on Facebook, and I saw the horrible posts about Black women and Black people and just absolute bigotry from people that were basically my neighbors. It was horrifying … I was going through all of these scenarios and thinking about what my future would look like in this country and that was very frightening for me as a young Black queer person”.

Referring to herself as they/she – a designation that reflects her search for identity and belonging that is itself a manifestation of the angst many in the present generation of Black youths are experiencing – Ms. Sinclair observed:” It was a scary time being a Black person in America.” And after what the guardian interviewer describes as sardonic laughter she added, “It’s always a scary time, but especially then!” It was from this deep angst that the exhibition she curated was born. “The theme of the show is Afrofuturism, to express our hopes for the future. The philosophy of Afrofuturism is the idea that we’ll [Black people] be here and thriving in the future…”

As an Afro-American male who came of age in the middle of the 20th century, I am acutely aware of the deep strain of pessimism among the generation born at the turn of the 21st century or after. Popularly known as Generation Z, or Gen Z, they were typically born between 1997 and 2012, which would make their senior members 24 years old.

At first glance Americans of my generation, especially Black people, wonder at the source of their pessimism. After all, my generation, which came of age in the 1960’s, had to face a society in which white supremacy was legal and had been so since the Plessy v Ferguson Decision of 1896.

Yet one need only observe the attitudes of the students who launched the sit-in movement, or World Heavy-Weight Champion Muhammad Ali – who was the perfect embodiment of the spirit of our generation, to see that we had what sociologists call “The Eternal Optimism of the Hustler.”

Hence, we wonder at the source of Gen Z’s angst. White supremacy as a legal fact expressed in a racial caste system that included segregation in many parts of American life is gone. Black quarterbacks in the NFL are ubiquitous, Black Astronauts male and female are commonplace, and all of them have lived through two terms of a black Presidency!

These gains that the present generation takes for granted, as they should, were but distant hopes when I was a college freshman in1959, and virtually none of our parent’s generation believed these goals were attainable in our lifetimes…if ever.  Yet we were not facing the horrors of climate change. A terrifying phenomenon that world leaders seem unable to cope with because of conflicts in the national interests of nation states.

Greta Turnbuerg, the bold and brilliant Swedish teenager, who has emerged as the voice of Gen Z, whom a recent PEW survey tells us speaks for “a youth led movement that “is among the most visible in global conversations advocating climate action. “   Yet instantaneous annihilation of all life on planet Earth by nuclear holocaust remains an ever-present possibility.

Viewed from a different perspective, Afro-Futurism might well represent a hopeful reaction to the pessimism of GEN Z. Perhaps it is performing the same psychological function for their generation that Blues musicians provided for past generations of Black Americans, and people around the world who developed a Blues sensibility.  The 20th century Afro-American Blues philosopher and Renaissance Man, Albert Murray, a paragon of the Blues sensibility, distinguishes “the Blues as such” from the “Blues as music,” in his magisterial text “Stomping the Blues.”

Professor Murray argues that the widespread conception of Blues music as sad is mistaken. The Blues as music, with its “heroic optimism,” is the joyous antidote to the depressive emotional state of the Blues as such. That’s why the musicians speak of “stomping the blues,” from which he took the title of his book.  Murray sums up the blues attitude thusly: “Life may be a low-down dirty shame, but we got to keep on swingin anyway!”

Perhaps, this is the deeper meaning of Afro-Futurism, the optimistic vision that functions as antidote to the angst. Looking at the works on display at the Underground Gallery + Studio last Saturday one feels uplifted. The artists on display spanned several generations. The “Baby Boomers” of my generation were represented by the pioneering Afro-Modernist painter Ademola Olugbefola, a founder of the highly influential Weusi Academy.

These “Afrocentric Visual Alchemist -” as Ademola calls them, conjured a new art that defined the visual aesthetics of the Black Arts Movement of the 1960’s that continues to influence artists around the world. See my essay:  “The Afro-Modernism of Ademola Olugbefola.”  Those born a generation behind are repped by the brilliant art photographer Lisa Dubois, and GEN Y by the fabulous photographer Diaja, whose works resemble oil paintings to the untutored eye.

The works of art on display were visionary in their design and innovative in technique. Lisa Dubois has invented new ways of combining photography and painting to produce stunningly original works. The cover portrait for this essay is a poignant case in point. Diaja, the progeny of a dancer and musician who claims she was mugged by the muse and shanghaied into the arts, creates dramatic photography – employing body paint and photographs of traditional African masks, that are then superimposed on the models –  conjuring a futuristic celebration of blackness which she says “combines the past and present reimagining a new reality,” that appears to be completely original. Sui Generis.

Diaja and Her Unique Art 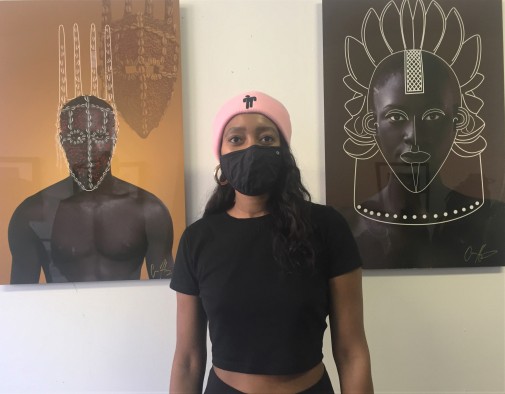 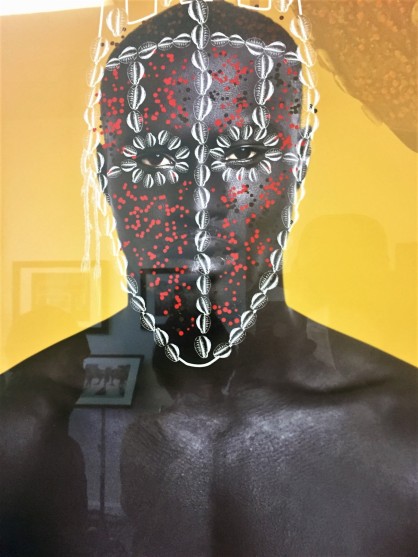 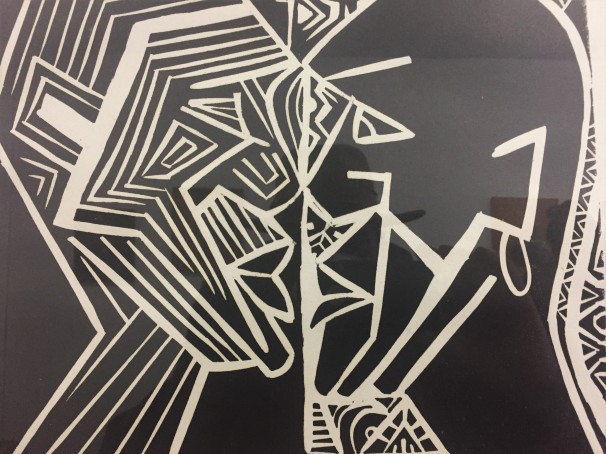 The works on display at this Exhibition employ a wide range of materials to produce eclectic paintings, photographs and sculptures in which the artists give free range to their imaginations without regard to conventional wisdom. However, as with all movements that embrace the role of avant-garde, one must be ever aware of the distinction between “innovation” and what I have labeled: “A mindless search for novelty.” The distinction is a fairly simple one, despite the complexity of the problem it references.  Innovation is the elaboration and enrichment of a tradition, while the latter is an attempt to be merely different, even if it leads to decadence.

Obviously, an extended explication of the issues raised by this distinction is beyond the scope of this essay, but I have discussed it at some length in a treatise titled “Blues and the Abstract Truth: Reflections on the Art of Charles ‘Yardbird’ Parker,” which I presented at the Wadsworth Atheneum Museum of Art, in Hartford Connecticut. It will be published in a forthcoming collection of essays. Suffice it to say that these works strike this writer as innovations, especially when viewed from the perspective of the respectful observer mindful of the artists’ intentions, rather than the omniscient arbiter who judges works of art based on what they believe the artist objectives should be.

This show was hosted by Reginal Rousseau and curated by Lisa Dubois at the Underground + Studio Gallery, which is both an exhibit space and a work  Studio for Reginal. When I discovered that he was a licensed architect, I asked why he would risk an investment of time and money in the fine art game. To wit he replied that the Gallery/Studio represents the fulfillment of a life-long dream, “I had to do it in order to live.” 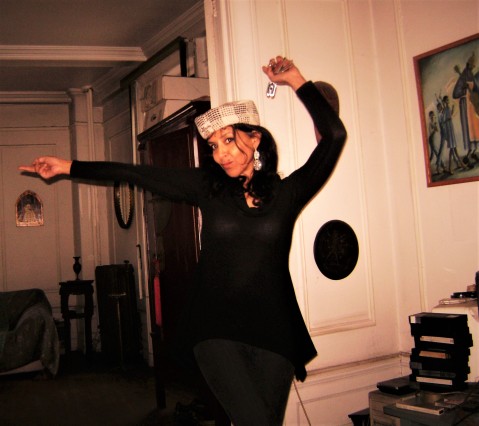